Even at the little league level, one measuring stick for success is a team’s ability to avenge a previous loss to a specific team.

For the 2021 Watterson boys lacrosse team, it not only accomplished that feat but did so along the road to a regional championship.

The Eagles (14-7) had lost to both Columbus Academy and DeSales during the regular season but knocked off both in the postseason tournament.

“We were able to avenge those losses and they were both really good teams,” said Watterson coach Chris Sauter.

“We were really proud of that. If you look at where we were, we lost to Academy on April 20 and then we won all the way through the middle of May when we lost to St. Charles by one goal.

“That St. Charles loss was one of the best games we played all year and then we won all the way through from there until the (state semifinal) loss to Cincinnati Mariemont.”

Watterson’s season came to an end in an 11-8 defeat against Mariemont at Centerville, June 2. Mariemont went on to win the state title in a 12-9 win over Chagrin Falls at Ohio Wesleyan June 5.

The Eagles advanced to the final four with a 9-7 win at top-seeded DeSales May 27.

The Stallions were technically the defending state champions, having won the title in 2019. There was not a lacrosse season in 2020 due to COVID-19.

“We’ve traded punches with them the last four or five years,” Sauter said. “We’ve won the CCL a few times and they’ve won it a few times. They’ve won a state championship and we have not. That was a proud day for us because that’s a very good team and we have a ton of respect for that program. It’s a ton of fun when we square off against them.”

Having spent four years as Watterson’s head coach, and a total of eight in the program, Sauter has been a part of building the program’s culture.

“One of the things we pride ourselves in is our family-style atmosphere,” he said. “It’s a Catholic-based culture and it’s a lot of fun for our families. We get a lot of support from them. I think the parents really appreciate our atmosphere and it’s a good opportunity to spend some time with their sons.”

Another bonus for the team has been the ability to train and play on the new field and in the new on-site facility.

“The new facilities have been wonderful,” the coach said. “I was there several years without the facilities, and it makes things so much less labor intensive when you can spend a lot more time on coaching and the important things.

“It’s nice to have a home field, now. I feel so blessed to have had the opportunity to use it this year. We were heartbroken last year (to not get to play) and after a hard 2020, I was happy to see the guys and families have a wonderful experience with this group.” 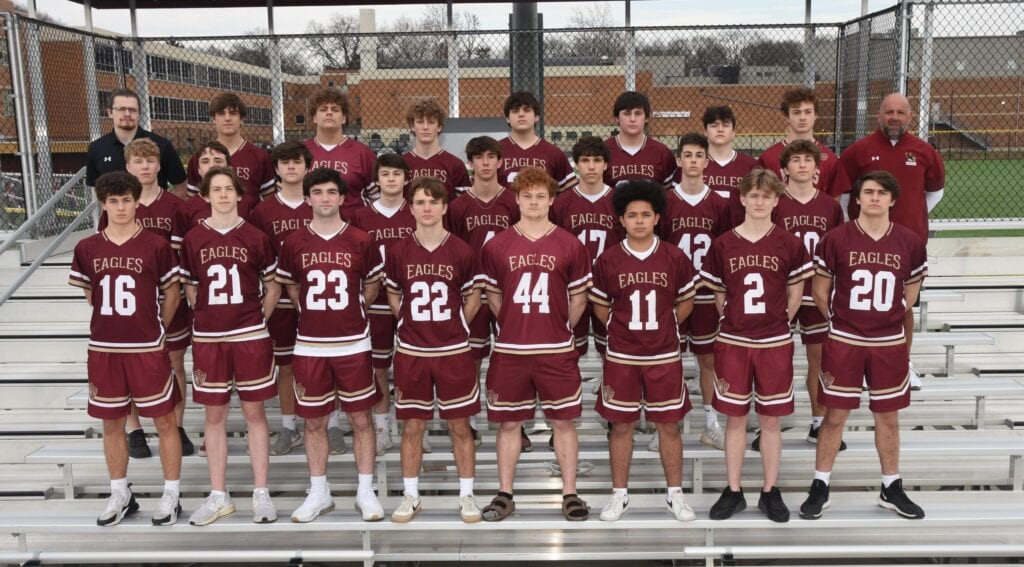 The Bishop Watterson High School boys and girls lacrosse teams both qualified for the state semifinals this past spring.
(Submitted photos)

Several players made a big impact on this year’s success, including senior all-state performer Henry Blevins.

Blevins was named the position player of the year in the Eagles’ region, while also being voted an All-American at long stick midfield.

Senior Andrew Bettendorf was an academic All-American while making third-team all-state and serving as a captain with Blevins.

Freshman goalie Elliott Baur was named player of the year at his position in the region and earned first-team all-state honors in his first year.

Junior Jack Henry led the team in points and was first-team all-region and second-team all-state.

Senior Tanner Mercer was second-team all-region in the midfield. 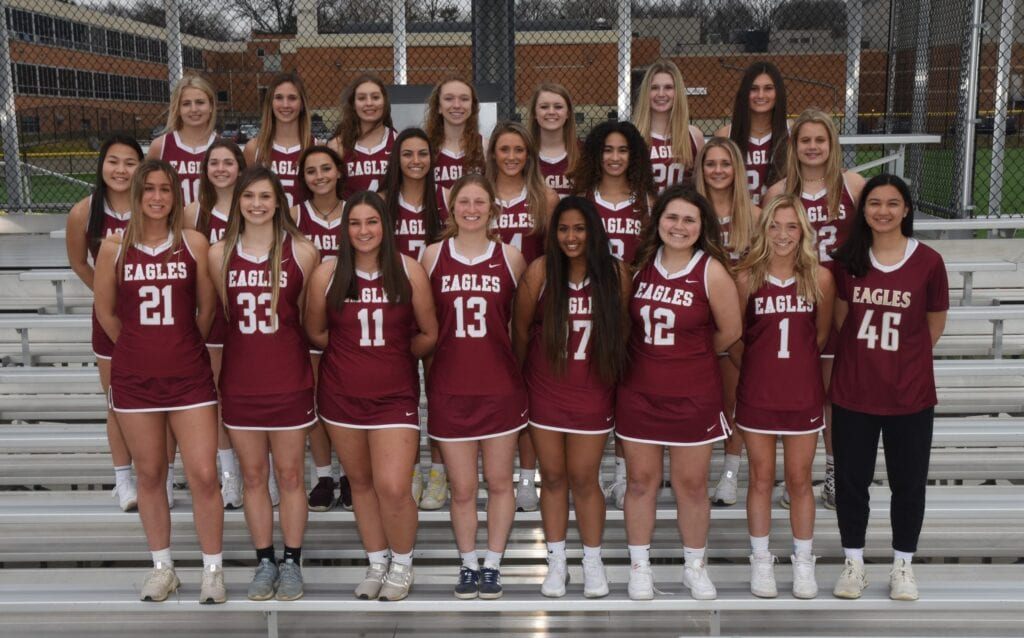 The Bishop Watterson High School boys and girls lacrosse teams both qualified for the state semifinals this past spring.
(Submitted photos)

Coach Chris Sauter was voted all-American coach and Ohio Man of the Year.

“I’m proud of where the program has grown over the last five, six years,” he said. “Most of all, I’m extremely proud of how we handled the last 15-16 months. We didn’t separate. We stuck together and I’m really proud of the way they handled themselves off the field, which made things easier on the field.”

The Eagles girls lacrosse team, coached by Eileen Barrett, also played at an elite level during the post season.

Watterson reached the state semifinals for the first time ever, losing a heart-breaking 14-13 match against the eventual champs, Cincinnati Mariemont.