Years ago, Cleveland native Natalie Keller Pariano was working at Denison University after earning her bachelor’s degree in journalism and Masters in Higher Education from Ohio University. She found that she was missing a hobby to fill her free time.

“I was kind of looking for a mindfulness activity, a way to unwind,” Pariano explained. She married her love of doodling and creative journaling in her unique style of hand-lettering – initially just a way to relax.

After a friend noticed her doodling, however, Pariano took her talents online to keep herself accountable in her self-care. But folks on the Internet responded.

Eventually, Pariano was inspired to start selling her goods on her own web site.

Her designs are available as prints, stationery, bags, towels, candles and stickers. These are even separated into categories, including “Girl Power,” “Pride & Inclusion,” and “Ohio,” among others.

Above all is Pariano’s message of positivity. She hopes to offer people a “daily dose of authenticity and inspiration.”

And her giving spirit isn’t all words. “Every month I choose a different charity or cause,” Pariano explained.

Her focus is especially on LGBTQ and women’s organizations. She gives whichever group she chooses design time, a percentage of web site sales, or proceeds from one of her workshops.

These hand-lettering workshops – what Pariano calls “pen parties” – are a tremendous part of Natterdoodle’s success. She spends an evening teaching people how to develop their own style of modern calligraphy.

Participants pay for the basic workshop, which includes demonstrations and practice time, and receive a starter kit with everything needed to begin hand lettering.

A year and a half ago, she “was hesitant” to do a workshop. “I had a little bit of imposter syndrome,” Pariano said. But she’s come to love doing workshops and constructing this intimate atmosphere for women to create in community. It’s been “the best marriage of my skills,” she explained.

She’s hosted these workshops across the country, but has frequented many spots here in Clintonville, including Dough Mama, Bleu & Fig, and Wholly Craft – where she hosted her first workshop.

Pariano lives in Clintonville, and said she “loves this community,” especially how it’s “receptive to new businesses.” It’s no wonder, then, that she has chosen Clintonville to open her first storefront.

The shop, at 3516 N. High St., formerly was home to a pen store. Pariano used to walk by, but never saw it open. She decided to look for a studio space, when it became apparent that the business was totally overtaking her house, and noticed this storefront was up for grabs.

It was a quick turnaround from the end of June lease signing to the store’s grand opening bash Sept. 23. When discussing getting everything ready for opening, Pariano said she’s “so grateful for friends who’ve been a part.”

Now the store is full of Pariano’s prints and other products, the bright colors of which pop against the white walls and match the candy-colored ceiling tiles. Visitors will notice the bright yellow couch, wall of neon signs, and moveable furniture – much of it made by local woodworker Trish Landeg.

“I wanted everything in here to be cute,” Pariano said. That includes her pup Confetti, who will be a fixture as Pariano works at the store and does her creating at a station by the front window.

“I’m currently chasing a dream I never knew I had,” she said.

“You’ll never regret taking a risk on yourself.”

More From Business Go To The Business Section 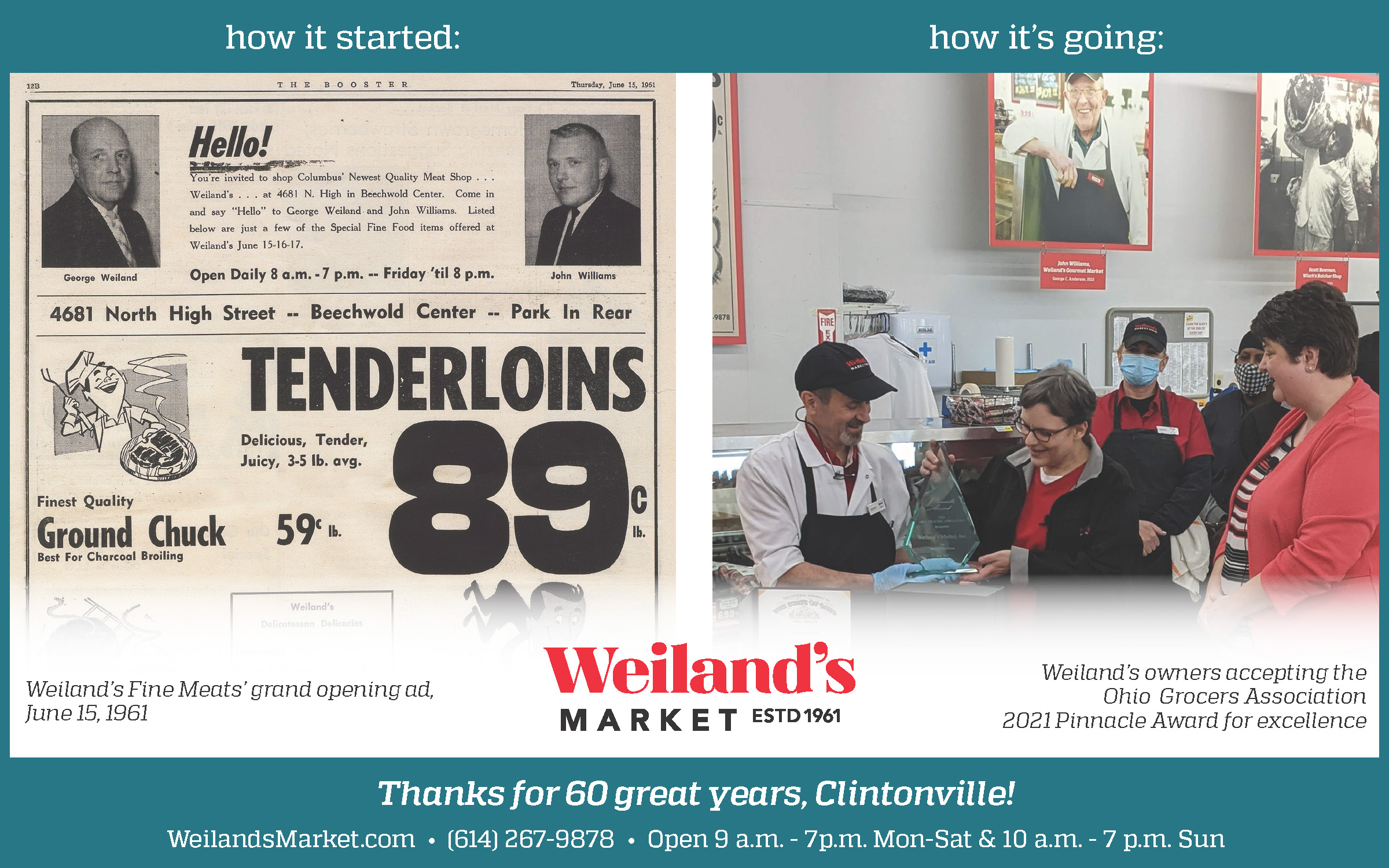